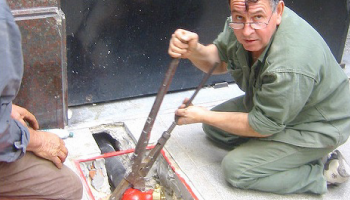 Unless the training of artisans is accelerated, the number of people in this profession will fall short of the demands of the industry and adversely affect both production and job creation.
“The impact will be felt in inadequate economic growth and government’s reduced ability to provide basic and other welfare services to our people,” warned Higher Education and Training Minister, Dr Blade Nzimande.
Speaking at the two-day National Artisan Conference at the Eskom Academy of Learning, Nzimande stressed the need to accelerate the process of improving the status and profile of artisans as inspirational careers for the large numbers of young South Africans.
“There are 24 000 young people entering the system. However, less than 13 000 managed to complete the artisan programme,” Nzimande noted.
Held under the theme “7 Steps to Becoming a Qualified Artisan”, the first National Artisan Conference aims to establish a formal, national platform to review the state of artisan development in South Africa on an annual basis. The platform is led by the minister.
It further allows for a discussion and consultative process to improve the National Programme for Artisan Development.
The theme advocates the National Programme for Artisan Development and allows for a common national, cross-SETA (Sector Education and Training Authority) and cross-sector understanding of the processes involved in becoming an artisan.
Nzimande said with the opening of the session on Wednesday, he was establishing a platform that would annually review the state of artisan development in the country.
The theme of the conference allows for a structured discussion on each of the ‘7 steps’, especially on those critical issues that need special focus.
The first step for artisan development is about career guidance and management to rally young people, from around Grade 7, to start thinking seriously about career options in technical and vocational programmes that would ultimately lead to them becoming qualified artisans.
The second step relates to fundamental theory. This talks to fundamental vocational engineering theory that is taught primarily at public FET colleges.
“This is the learning that lays the foundation for any person who wants to progress to an engineering career,” said Nzimande.
Learner programme registration, which is step three, is where the SETAs, as custodians of artisan learner agreements and contracts, start to play a critical role.
Step four relates to trade knowledge and practical training, and step five is about workplace experience – taking artisan learners into real practical training and development, where they become exposed to the application of trade theory of their chosen artisan trade.
Step six is known as trade testing or summative assessment. The minister raised concern over some “unsavoury activities” going on around trade testing.
“There are disturbing reports of bribery linked to the easy passing of trade tests. We need to move forward as soon as possible into an environment that fosters good controls around trade testing.”
The seventh step – quality assurance and certification – falls under the legislative control of the Quality Council for Trades and Occupations but is delegated to the National Artisan Moderation Body (NAMB) through service-level agreements.
NAMB was established on 30 November 2010 and is charged with the responsibility to coordinate artisan development in the country.
Clive Mtshisa, the chairperson of the Artisan and Technician Development Technical Task Team under the Human Resource Development Council, highlighted the need to focus on expanding the post school system and including more vocational education and training, as well as exploring the best practice of the German dual system.
Article by 7th Space Interactive
article |
Previous

Are You Always Running Late? Here's How to Fix That