University of Pretoria rated as one of world's top 500 universities

University of Pretoria rated as one of world's top 500 universities

The University of Pretoria (UP) is among the top 500 universities in the world and one of the big five in South Africa.

Academic peers globally consider UP to be among the top 310 institutions, delivering education and research while the job market places UP at number 311 in producing the best graduates.

These were some of the figures released on Tuesday when the annual QS World University Rankings were released just after midnight GMT. The QS rankings compare the world’s top institutions across a range of areas, including those that are of interest to prospective students.

“We are proud that our hard work in pursuit of our long-term strategy, UP2025, is bearing fruit,” said Prof Cheryl de la Rey, Vice-Chancellor and Principal of UP. 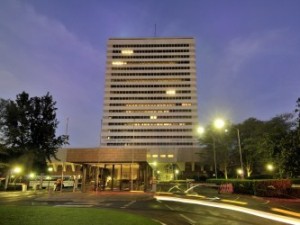 The QS rankings are calculated based on six indicators:

The first two of the indicators above are determined by an international survey with input from academic peers and employers of the University’s graduates. This year, over 62 094 academic and 27 957 employer responses contributed towards the results of the ranking.

UP’s academic reputation (where academic peers from all over the world indicate the most significant research currently taking place in their fields of expertise) was rated as 305th in the world.

When it comes to employer reputation (where employers are asked to identify Universities that in their view produce the best graduates), UP was rated at number 311. This indicator is aimed at giving students a better view of how a higher education institution prepares them for the job market.

In addition to the overall university rankings, the results are also published relative to five broad subject areas.

In the field of Arts and Humanities, the University was rated number 292 and for Social Sciences and Management, UP came in at 270.