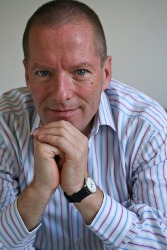 University of the People President and founder Shai Reshef is arriving in South Africa this month to recruit hundreds of deserving students for Microsoft’s 4Afrika scholarship. UoPeople aims to expand access to tertiary education in Africa, and in turn assist in increasing and accelerating economic development in the continent.  To date, students from 138 countries have been accepted with 1000 more expected from Africa specifically in 2014.

University of the People is a non-profit, tuition-free, degree granting online academic institution dedicated to opening access to higher education globally. It is designed to provide access to college studies for qualified high school graduates, despite financial, geographic, societal, or personal constraints.

“Increasing access to post-secondary education in Africa will create a significant impact on the African youth. By empowering them to be the future generation leaders of their communities, countries and the continent, equipped with world-class education, we believe they will be able to take Africa to its rightful place on the world stage” says President Reshef.

The University of the People will be scouting across South Africa for at least 100 deserving students to take advantage of the Microsoft 4Afrika scholarship.  “We are also seeking out other corporations that may take up the challenge to sponsor more students in Africa and we anticipate that South Africa will be a major source country for our scholarship programmes,” said Reshef.

Founded in 2009, UoPeople has partnered with several prestigious brands and educational institutions such as Yale University for research and the New York University to accept students.  In addition, the University works with Microsoft for scholarships and access to its certificate programmes, mentoring, internships and employment opportunities; and Hewlett-Packard, for general support, scholarships for women and internships.

The organisation has gained widespread support of leading academics with its President’s Council chaired by New York University President John Sexton and includes Oxford Vice-Chancellor Sir Colin Lucas, Rector Emeritus of the Academy of Paris, Michèle Gendreau-Massaloux, and UC Berkeley Chancellor Nicholas Dirks, among others. UoPeople is supported by The Gates Foundation, Carnegie Corporation, Hewlett Foundation and companies such as HP, Google, Microsoft, Western Union and Estee Lauder and many more. UoPeople has received the support of almost 1.2 million people on Facebook and garnered media coverage throughout the world.