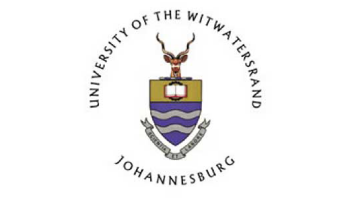 A massive building project by the University of the Witwatersrand, Wits Junction, will provide over 1 200 students with quality, affordable accommodation from July 2011.
Located in the university’s Parktown Village students residence, Wits Junction is within walking distance of the Wits Education Campus in Parktown.
“The university has sought to address the shortfall of residential accommodation, which has lagged behind the significant growth of its overall student population,” says the director of the capital projects programme at Wits, Spencer Hodgson.
It was identified as a necessary project as student numbers are increasing and are set to reach 30 000 by 2012. This growth in enrolment figures has led to shortages of classrooms, laboratories and offices, as well as residence accommodation.
Wits Junction was conceived as early as 2004, says Hodgson, although serious planning only began in 2008. With large projects such as this, funding is the primary concern, and Wits could only begin serious planning once it had received confirmation of partial funding from the government.
The project was further put on hold until April 2010, when the university began construction after it had received further partial funding from the Department of Higher Education and Training and loan financing from Rand Merchant Bank. The financing was the bank’s first-ever 20-year loan to any institution.
“Construction is well under way and the project will be largely complete and occupied by February 2012,” Hodgson reports. “When completed, the project will increase the university’s current residence capacity by 25 percent.”
Wits Junction is made up of 14 three-storey buildings, with various forms of accommodation on offer. These are:
* 701 bachelor units;
* 6 bachelor units for disabled students;
* 254 beds in two-bedroom units;
* 72 beds in three-bedroom units;
* 72 beds in four-bedroom units;
* 96 beds in four-bedroom units (upgraded);
* 5 new warden’s flats with at least four beds each (2 in new buildings and 3 in refurbished heritage buildings); and
* 3 flats for married students or visiting professors.
In addition to the housing, there will be administration offices; storage rooms; staff changing rooms and amenities; and a student centre that will include a laundry, a multipurpose TV and games rooms, seminar rooms, a gym, a coffee bar and a retail outlet.
Full servicing of the land, green spaces, pedestrian walkways and on-street parking are also a feature of the initiative.
Green power
Wits Junction will have stand-by electricity generating capacity for an uninterrupted power supply and solar-powered water geysers, which are expected to provide operational cost savings in the future.
This kind of construction doesn’t come cheap, and the whole development will cost R490-million. It includes data connectivity, furniture and equipment. Because of the R60,5-million contribution from the Department of Higher Education and Training, the university has been able to offset the loan financing costs and will be able to keep student rentals at an affordable level.
It will be open to all Wits students. “The design seeks to foster a quality environment for a senior student community, including mainly postgraduate and postdoctoral students, third and fourth year students, interns, as well as students from other universities doing electives at Wits,” says Hodgson.
“A semi-urban density has been achieved, with mainly three-storey apartment buildings creating a modern village atmosphere in a secure complex.”
Wits has, in the past few years, been involved in a wide range of infrastructural developments, some of which have already been completed. In 2007, the FNB Building was extended and refurbished to provide larger lecture theatres, computer and student resource centres and offices.
The Fourth Quadrant of the Chamber of Mines Engineering Building was left incomplete in the 1980s and Wits recently finished it, building large laboratories for engineering students.
Also being built at present is an undergraduate science centre, which will incorporate 1 100 bench spaces for biology, chemistry and physics students, new lecture venues and tutorial rooms. It is expected to be complete by July 2011 and will be able to accommodate 3 500 students at one time.
Sunnyside Residence on East Campus is also being extended.
Article by Joburg.org.za
​