From Student to Startups, A Success Story and How You Can do the Same

From Student to Startups, A Success Story and How You Can do the Same

Allison Lami Sawyer was born to be an entrepreneur. The Rice University MBA student always knew she wanted to start her own business, and armed with a master’s degree in nanotechnology, she hit the pavement in Houston in search of the right product. After a year and half, she met her co-founder, and before the ink on their diplomas was dry, Rebellion Photonics was born.
In the two years since Allison and her co-founder finished their degrees and started the company with R1,3 million in business competition winnings, Rebellion Photonics has grown to eight employees and brought in over R15 million in income. Recently, the company was awarded two Small Business Innovation Research Grants totaling R10 million. From their academic beginnings, Allison and company are well on their way to commercial success. 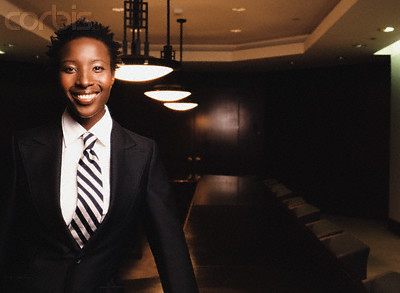 Technology for the taking
Universities are a prime breeding ground for cutting edge technology, and, in the best cases, entrepreneurs can find ready and willing prototypes that have stood the test of research and benefit from thousands of rands of grant funding already put to use.
Working with someone else’s product and research doesn’t come without challenges. Building a company from the ground up usually means spending several years pinching pennies while your fellow biz school alums may be raking in six figures off the bat. Entrepreneurship can also be a lonely path, and not everyone is suited to that lifestyle.
Convincing a researcher to sign on for commercialization can be tough as well. From Allison’s experience, graduate students seem more receptive to taking their work out of the lab and into the market. University research is patented through technology transfer offices, but once patented, technology often languishes for years. Researchers may not realize that they don’t have to leave academia, but can work out licensing deals instead.
Sometimes, as in Allison’s case, entrepreneurs find their match in a researcher that is willing to make the jump with the technology. Even so, it’s important to find someone with the same “appetite for risk,” as she puts it, who holds the same company values and goals in mind.
Procuring a product
Finding the right technology for you might take a few tries, but Allison encourages budding entrepreneurs to jump right in and get to know some graduate students, researchers, or local companies.
“If you’re looking to start and you’re not an inventor, get in touch with local organizations and give time for free,” says Allison. “Make a name for yourself in that community.
Allison started her search for an inventor at Rice University, offered free business assistance at the Houston Technology Center, and got involved with the Rice Alliance for Technology Entrepreneurship. Word spread quickly about her search, and in the end, her technology inventor (and now CTO) found her. Digging through patents at university offices of technology transfer is also a good way to find cutting edge technology.
Where are the women?
On her path so far, Allison has yet to meet any other women hard tech entrepreneurs, but she thinks women are perfectly suited for working with inventors and researchers to bring new technology to market.
“You have to be very gentle and gain their trust, not just talk but actions,” Allison says. “I think a lot of women could be really good at that: not coming in all type A, but instead ‘Let’s grow this together.'”
To encourage fellow female entrepreneurs, she mentors business students at her alma mater. But she thinks women who have already blazed the trail can do more.
“Women in positions of power think [self-promotion] is unnatural or arrogant,” she says. “But they should do better at publicizing themselves not for their own sake but for girls everywhere.”
Article adapted from Huffington Post
​
article |
Previous