26 Reasons Why Your Minimum Wage Job Is Worth It 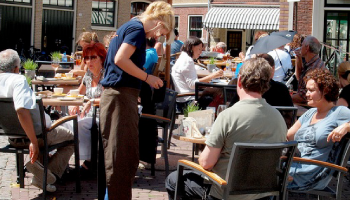 26 Reasons Why Your Minimum Wage Job Is Worth It

Sometimes it might feel like you’re the only student who didn’t trade a paycheck for an unpaid internship, but you’re not alone, and you definitely shouldn’t regret it. The next time your best friend brags about her glamorous internship in the big city, remind yourself (or her, if you’re feeling feisty) of why your low-paying, unskilled job is 100 percent worth it:
If You’re a… Waiter/Waitress

If You’re a… Babysitter or Au Pair

If You’re a… Lifeguard

For more and article source visit Her Campus

Sick of Paying for Textbooks? Get Them Now, Free and Online

Dream Job: Luxury Fashion Accessory Designer. Colette Tells You How To Get There