10 Skills for the Future Workforce. Or, How to Get Yourself Employed

10 Skills for the Future Workforce. Or, How to Get Yourself Employed

Disclaimer: This post was written by The University of Phoenix
In Long Beach, California, an urban planning manager dreads her company’s annual search for summer interns, citing the previous few summers’ sampling of college graduates with technical knowledge but no sense of personal accountability or interpersonal skills. A 40-minute freeway trip away, a 60-something former news anchor is anxious to find a full-time public relations position but feels daunted by his lack of social media savvy.
What skills does one need to be successful in the 21st century workplace? The answers are as diverse as there are industries, but a recent report by the Institute for the Future (IFTF) has narrowed it down to 10 proficiencies. Here, we will examine the first two abilities that IFTF predicts will be required across a broad range of jobs and work settings in 2020. 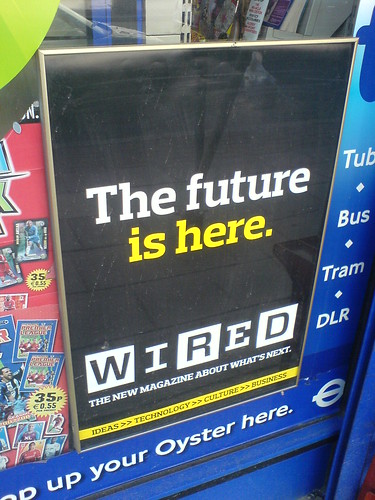 1. Sense Making: The ability to determine the deeper meaning or significance of what is being expressed
Simply stated, sense making is critical thinking.
The IFTF report states that the rise of smart machines and technology will cause an increasing demand for people with the skills that machines simply do not have. Critical thinking is one of these skills. Consider the example cited in the report about the recent victory of IBM’s Watson computer in a televised game of ‘Jeopardy.’ The computer was able to win because of the computational programming that allows it to crunch data at superhuman levels. However, if you were to ask Watson if it wanted to play pool, it would not be able to determine if the game involved swimming, a money scheme, or billiards.
As we saw in earlier posts, the study entitled “Postsecondary Education in the 21st Century: Students and Institutions” reported that critical thinking was identified as the top proficiency college students should master.  If sense making is indeed one of the skills the future worker will need in order to be successful, the pressure is on for educational institutions to cultivate critical thinking abilities in students.
2. Social Intelligence: The ability to connect to others in a deep and direct way, to sense and stimulate reactions and desired interactions
Pity the poor urban planner we met earlier who is seeking an intern with interpersonal skills. The IFTF notes that employees who are socially intelligent can quickly read the emotions of those around them and adapt their own words, tone and gestures accordingly. Collaborating with fellow employees, whether they’re down the hall or in another state, requires a keen ability to not only sense their moods or dispositions, but to be able to process the information and respond appropriately, whether with humor, empathy or discretion. A machine is simply not capable of doing this, giving human workers an edge over smart technology in the workplace.
For Skills 3-10 visit the University of Phoenix
​
article |
Previous