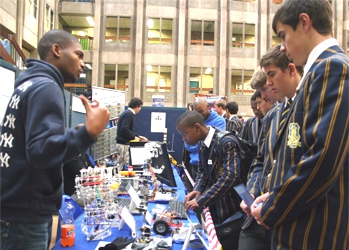 Standing among mind-controlled robots, a hybrid car and super frozen ice cream, Habib told staff and students that inequality defines the South African society and that has ultimately led to the vast majority of people in the country being unaware of the incredible array of opportunities that exist in the 21st Century.

He said in this century our economy is going to be based on knowledge. “A large component of that knowledge is going to be based in science and technology… We only grow as a society and as a collective when we start asking the hard questions, and that is ultimately what Science Week is all about”.

Performers from the well-known Palaeontological Scientific Trust (PAST) also entertained visitors with their very successful play depicting the origins of species.

Hundreds of students and learners have visited the Expo as well as attended the lunchtime talks and Evening Talks at Wits this week. This is the first time Wits is participating in National Science Week with a full week-long programme and the organisers hope to build on this year’s success and make it even bigger and better next year. 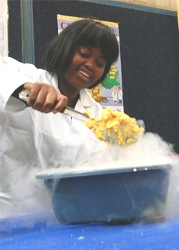