Who Shouldn’t Go to University?

Who Shouldn’t Go to University?

Rick Santorum’s (American politician) recent diatribe against higher education, in which he called US President Obama a “snob” for wanting “everybody in America to go to university,” has reinvigorated the seemingly endless debate over whether university is worthwhile.
Economic evidence consistently and compellingly documents the value of postsecondary education in general (as Economix contributors have written about more than once). But high average returns do not necessarily imply that everyone should invest in university. So is there anyone who should not go to university – and if so, who?

The answer is clearly yes: some folks do have good reasons to skip (or at least delay) university. But the good reasons are more limited than the ones Mr. Santorum and other university skeptics typically cite. 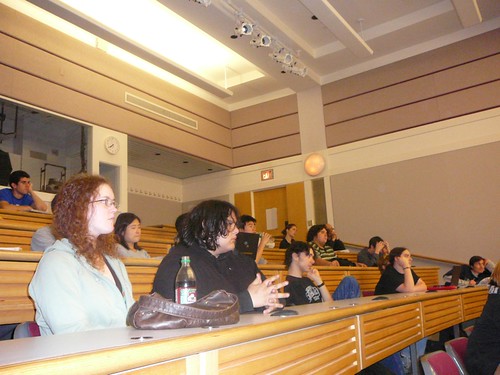 First, Mr. Santorum and others often suggest that those who “want to work out there making things” don’t need to go to university – instead they should pursue vocational or on-the-job training. But most vocational training, and even some highly specific job training, now occurs on community and technical university campuses.
Second, those who advocate against university often cite extremely unrepresentative individuals – like Bill Gates and Mark Zuckerberg, who both dropped out of Harvard – as evidence that one can skip university and earn billions of dollars anyway.
The only broad lesson to be drawn from these unusual cases is that prospects outside of university do matter: if you have a once-in-a-lifetime opportunity – say you are one of the lucky teenagers selected by the entrepreneur Peter Thiel to receive $100,000 in exchange for skipping university and pursuing your dreams – then by all means go for it. university will still be an option down the line.
But it makes little economic sense to forgo university in order to be unemployed or working part-time at a minimum wage job, which are the more likely scenarios for a young high school graduate with no further education. Fewer than half of young high school graduates who don’t pursue postsecondary education are employed full-time.
So who shouldn’t go to university, despite the breadth of available postsecondary options and the bleak labor-market outlook for high school graduates? The simplest answer is: those who don’t want to go.
While university may be a great investment, it’s not like investing in the stock market: a prospective student can’t just fork over some money and let someone else worry about how to make it grow. For university to have any payoff, students must participate in the process by going to class and engaging with course materials, peers and instructors.
The cost of university includes not just monetary costs but psychological costs, which are highest for those who either strongly dislike classroom instruction or have to work particularly hard to get anything out of it. Individuals with high psychological costs who enroll anyway because that is what they believe they “should” do may end up with the worst of both worlds: forgoing income (and possibly accumulating debt) without accumulating skills.
Survey data from the federal Department of Education suggest that 95 percent of high school seniors do in fact plan to go to university, but some of these students may aspire to university in the same way that many of us aspire to exercise: it is something they would like to have done but not something they would like to do.
In this metaphor, investing in education by enrolling in university is like investing in health by joining a gym: an excellent idea, but only for those who will actually go and break a sweat.
University may not be for everyone. But we ought to at least aspire to a world in which the decision to opt out is well informed, unrelated to family background and not the result of unequal access to good institutions at either the pre-university or university level.
Article adapted from Judith Scott-Clayton for NY Times
​
article |
Previous