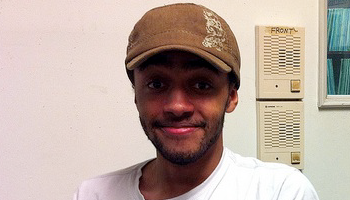 The devastating financial shortcomings experienced by municipalities countrywide may be resolved forever in the province.
This is a prevailing belief after municipalities joined hands with the Development Bank of Southern Africa (DBSA) to train interns about municipal finance.
Mary Selepe, the facilitator of the programme, said the municipalities contracted the DBSA to provide this type of training to young finance interns.
Selepe works for Pauline Mahlaele Holdings, which was also contracted by DBSA to provide the training and according to her, it has benefitted them significantly.
There are 25 learners who are participating in the programme and according to Selepe, they have learned about risk management, Integrated Development Programme’s assets management, stakeholder relations, analysing municipal finance reports and municipal budget planning.
She said this was part of the 12-month programme which began last year and which promised to contribute to clean audits within various municipalities.
Katlego Thakalakoala began working for the Mangaung metro municipality when it was called Motheo district municipality.
“The district was only limited to Naledi, Mantsopa and Motheo municipalities which really limited us in terms of what we could learn as finance interns.”
“The metro is now big and so the information we acquire has to be applied without question.
“This type of training helped us learn more about how municipalities operate and we are able to ask relevant questions without the pressure of the working environment.”
Thakalekoala said the transition into a metro made it difficult for interns.
“We used to have less than 200 employees in the municipalities and with the high number of people within the metro, there is more work and better exposure to finance.”
He also said the course had enabled him to better understand the work environment as compared to universities, which only gave them general knowledge on finance.
“This is more practical and we are able to learn with both practical and theoretical knowledge,” said Thakalekoala.
Article by The New Age
article |
Previous