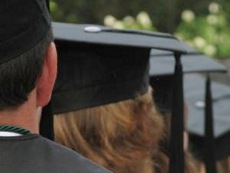 By Leanne Jansen
Durban – The Department of Higher Education has warned students to be wary of “registered” private colleges which offer certificates, diplomas and degrees but do not have its stamp of approval.
Department spokesman Vuyelwa Qinga said there was worry over the current trend which saw institutions secure registration for one or two programmes, and then “hide behind” this status to offer other unregistered courses.
The Mercury recently reported on how a private design college in Durban was shut down for offering unaccredited programmes in contravention of the Higher Education Act of 1997.
In a letter to parents and students, the management of Westville-based Style Design College said it had found itself without full accreditation for certain programmes because of how “complex” the system was, and the inordinate delays in processing applications.
It said the college would be exercising its right to appeal against the department’s decision to deregister it. Students were advised to change to fully accredited diplomas (either in graphic or interior design) or alternative institutions, or take up distance learning via its Milan campus.
According to the department, the college was granted provisional registration in 2009, and last month the application for full registration was rejected. Qinga confirmed that the matter had been referred to the police.
Felicity Coughlan, director of the Independent Institute of Education, said while there was malpractice in the sector, it was not widespread and very easy to pick up – provided students asked the right questions. Once students had established that an institution was registered, they needed to query the status of individual qualifications.
Prospective students can telephone the Department of Higher Education at 080 087 2222 or visit www.dhet.gov.za to check the registers of private higher education institutions and of private further education and training colleges, and the registered qualifications they offer.
Article source: http://www.iol.co.za/news/crime-courts/students-warned-of-unregistered-courses-1.1438305#.UMX8NYOmhlM