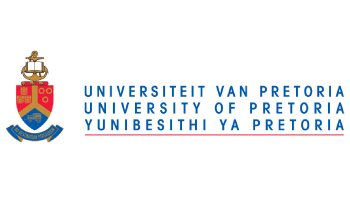 The Mapungubwe Museum comprises the proclaimed heritage collection from Mapungubwe Hill and K2, two exceptional Iron Age archaeological sites situated in the central Limpopo Valley, in the Limpopo Province. The University of Pretoria has been the custodian of this specifically declared national heritage since its discovery in 1933, and the Museum itself was only founded in June 2000.

The J A Van Tilburg Museum

Every collection also includes a measure of creative work and all creative work conveys a sense of mystery. While a modern, organized museum collection grows more or less according to fixed rules, the composition of a private collection, such as the J A van Tilburg collection, often reflects the taste of the collector and thus also the spirit of its time. Collectors’ taste often develops in phases. Initially they might buy later and more decorative pieces, which have obvious charm but are of lesser aesthetic interest.

The Van Wouw House, now the property of the University of Pretoria, was the last home and studio of the sculptor Anton van Wouw (1862-1945). The stand on which the house was built initially belonged to a Mr J Brookes.  The stand changed ownership three times and was sold to Van Wouw in 1937.  He commissioned the architect Norman Eaton to build a house for him on the southern property.
Van Wouw moved into his new home early in 1939 and lived there until his death on 30 June 1945.

Edoardo Villa was born in Bergamo, Italy, in 1915 where he studied the basic techniques of sculpture under Minotti at the Scuola D’Arte Andrea Fontoni. Villa donated several large steel sculptures that are exhibited on the campus of the University of Pretoria, and later also donated an important part of his creative works to the University. These pieces, 143 in total, are on permanent display in the Edoardo Villa Museum.  His work reveals his European background as well as a strong African influence.
The Museum, which was opened in 1995, is housed in the Old Merensky Library on the University of Pretoria main campus. The building, which was designed by Gerard Moerdyk and is now a national monument, was inaugurated in 1939.
​

Get a Job This Youth-Month with the NYDA