So you want to make a million? 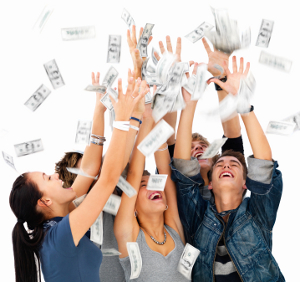 So you want to make a million?

Some say you need to be a hipster, a hustler and a hacker to make it. The hipster has the design and style to attract clients, the hustler gets the deals in and the hacker creates the newest app or technology that will change the world. Every ambitious kid that’s ever been near a computer knows the start-up stories of Facebook, Google, and the gazzilionaires that have made it big before they are 30. That’s one way to go and even if you don’t find the killer app, there are still nearly a million tech job vacancies in Europe projected for 2015, so it’s time to join the global world.

Or… you could just make jam. At the age of 14, Fraser Doherty learnt to make jam from his granny and “really loved it”. He started making jam to sell at farmers’ markets and fetes. “I was making 1,000 jars a week in my parents’ kitchen in Edinburgh, which was when I realised I’d have to move to a factory,” he says.

But the supermarket deals didn’t happen overnight. “The biggest challenge was convincing the first supermarket to take the jams,” says Doherty. “It was a lengthy process and a challenge to motivate myself as an entrepreneur to keep trying. Many people give up at the first hurdle.”

The first time Doherty attended a “meet the buyers” day at Waitrose—it was like the X Factor of selling groceries to supermarkets—he came away empty-handed. “I hadn’t set up production, I had no brand, no concept of the product, but they gave me good advice and I went away and spent a year putting that all together.”

Doherty knows that he owes a lot to his grandmother.  “All too often we forget the contribution older people make to our society,” he says. Last April, he set up the SuperJam Tea Parties charity to give isolated or housebound older people the chance to socialise at community centres over tea and scones. During Older People’s Week last October more than 100 parties took place across the UK.

Around half a million jars of SuperJam are sold a year with sales of over R5 million—which Fraser hopes to double in  the next year. “I am ambitious for SuperJam and the charitable projects. There has been interest overseas so we will probably expand internationally,” he says.

What’s your big dream? It doesn’t matter whether it’s as trendy as Snapchat or as small as jam. Remember the paper clip – how insignificant it seems yet how useful it is. All it takes is the right amount of perseverance and belief in yourself, until others believe in you too. That’s when the money comes in and all the hard work starts to pay off.

Millions in grant funding for F’SATI