Finished High School/University and Unemployed? Start Your Own Business 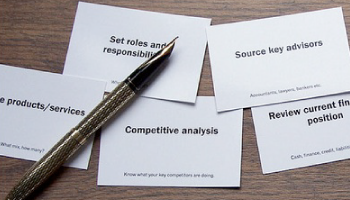 Finished High School/University and Unemployed? Start Your Own Business

Labour Minister Mildred Oliphant has urged unemployed youth to consider establishing their own businesses so they can create jobs for other unemployed youngsters.
Oliphant said this would be one meaningful way for them to contribute to the growth of the economy. She said government would follow up with various stakeholders to ensure that they fulfilled their commitment of assisting unemployed youth.
Oliphant was speaking at the end of the two-day Jobs Fair hosted by her department in Richards Bay in KwaZulu-Natal.
President Jacob Zuma officially opened the fair yesterday, urging the private sector to partner with government in addressing youth unemployment in the country.
“Government has taken a decision to support local business and that will contribute to job creation,” Oliphant said.
She also urged businesses to seriously get involved in the creation of jobs, and also help young people in needed financial assistance to establish their businesses.
While the fair was in progress, unemployed young people from nearby villages were queuing outside the venue to register on the job seekers’ database. More than 5 000 unemployed youth registered over the course of the fair.
The Department of Labour unveiled the Jobs Fair initiative to provide a platform for work-seekers to meet with prospective employers.
The Job Fair’s free service is also aimed at empowering the unemployed with soft skills, information and face-to-face search for placement opportunities be they further learning, self-employment, co-operatives, community works or public works programmes and formal employment.
Earlier, the Department’s Director-General Sam Morotoba said South Africa was among the 20 worst affected by unemployment in the world, with one in eight people employed.
According to Morotoba, the country is faced with problems related to education and issues of skills mismatch.
Local mayors applauded the department for hosting the summit, saying it came at the right time when they were faced with challenges of youth unemployment.
Speaking to SAnews, Thembisile Mlotshwa, 31, said she was confident that she would get a good job after the fair.
Mlotshwa, who is currently working as an assistant at a local store, matriculated eight years ago. She only started working last year.
The summit ended on a high note, with most unemployed young people expressing confidence that they will now get employed.
Article by BuaNews
article |
Previous