Fact: Using Facebook While Studying Gets You Lower Grades. Here's How...

Fact: Using Facebook While Studying Gets You Lower Grades. Here's How…

Students should think twice before logging into Facebook or sending text messages during study time, suggests a study to be published in the journal Computers & Education.
The study — which controlled for demographics, high school GPA, internet skills and amount of study time — asked 1,624 students at a four-year university about their multitasking habits.
The study included questions about how often students IM, email, search and talk during study time, but only Facebook and texting ultimately correlated with a lower GPA. There was no relationship between grades and using other technologies while studying. 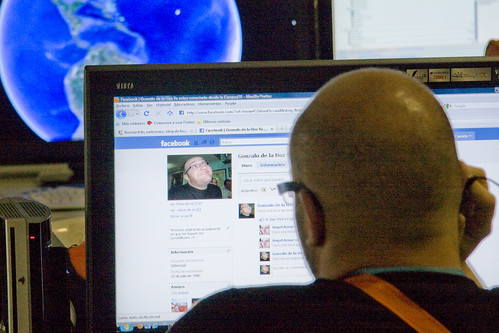 Scientists already know that the brain isn’t capable of successful multitasking. “Human information processing is insufficient for attending to multiple input streams and for performing simultaneous tasks,” write the study’s authors Reynol Junco and Shelia R. Cotton.
Previous studies have determined, for instance, that driving while talking on a cell phone can have more of an impact on driving performance than alcohol does. Even simply walking and talking on the phone at the same time can throw our brain off of its game.
In other words, one would think that any multitasking during study time — not just using Facebook and texting — would have a negative impact on grades.
Junco suggests the difference might have something to do with how students are using different technologies. Students may be more likely to email professors and search out of academic curiosity than to socialize through email or search, while they’re unlikely to text message their teaching assistants for homework help.
“It could be that students with lower grades just happen to do more Facebook and texting,” Junco tells Mashable. “But I think this study in the context of other research does seem to show that it is about what they’re doing while they study and not the other way around.”
On average, students in the study sent 97 text messages and spent 101 minutes on Facebook every day. Junco doesn’t think that they’ll leave either technology behind, but in his own classes at Lock Haven University he encourages students to think about how they use them.
“What I tell them is, ‘look, you’re going to sit down to study anyway,” he says. “You might as well make it the most efficient use of your time.’”
Article by Mashable
​
article |
Previous