About the College of Cape Town 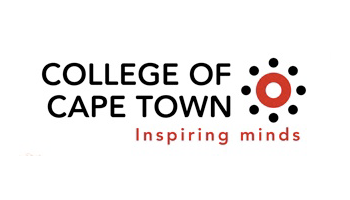 About the College of Cape Town

The College of Cape Town is the oldest Further Education and Training Institution in South Africa with a proud history dating back to the beginning of the 20th century. As the name suggests, we are based in Cape Town. Four former technical colleges, Athlone College, Cape College, Sivuyile College and Western Province Technical College were officially merged on 1 February 2002 to become the College of Cape Town. This arose from a rationalization in FET Colleges in which some 150 colleges around the country were reduced to about 50.

As a leading provider of Education and Training in mainly the FET band, the College of Cape Town has much to offer students and prospective partners. Our courses lead to recognised qualifications that are demanded by commerce and industry. The College strives to provide high-quality education and training to help you equip yourself with the qualifications and skills you need to start out on a chosen career path.

Our College is situated in the central area of the Peninsula, and serves the greater Cape Town area, including a large percentage of traditionally disadvantaged areas and townships. Our target areas include: Sea Point/Camps Bay, Athlone, Mitchell’s Plain, Khayelitsha, Pinelands, Rondebosch, Wynberg, Nyanga, Guguletu and Cross Roads. We also market our college in other parts of South Africa including the Northern Province and as far as Namibia.