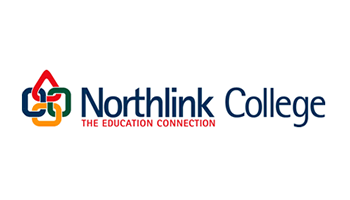 The name is a combination of “North”, reflecting the geographical positioning of the institution in Cape Town, and “link”, which describes the initial linking of the former colleges but, more importantly, the critical link between school education and the world of work.

One of Northlink College’s strengths – innovation in meeting skills needs – has been expressed in a number of ways. For instance, Northlink was the first to develop a Simulated Enterprise (SE) in 1999. This is a mock company. Northlink’s first SE was created on the Parow campus following the donation of furniture from Sanlam. This created a workplace mirroring that of a courier company with Skynet WorldWide Express as the mentor. In 2006, with a grant from the Western Cape government’s Ikapa Ilihlumayo Development Fund, Northlink launched a soft drink SE.

Other firsts include the establishment, in 2000 of the Northlink Golf School that offers three programmes namely an academic programme, the Golf School of Excellence and the PGA Club Professional Golfing Diploma. The objectives are to prepare top players to play professional golf and train golf coaches. In 2004, three students won the World Student Golf Championship.

Northlink has three business units: Hair and Cosmetology, the Clothing Factory and a Restaurant and Conference Centre. Northlink was also the first college in the Western Cape and the second college in South Africa to implement the Integrated Tertiary Software Administration (ITS) System during 2005.