WHAT IS THE DIFFERENCE BETWEEN A UNIVERSITY, UNIVERSITY OF TECHNOLOGY AND FET COLLEGE?

What is a University?

Background on the university (Source: www.up.ac.za)

The University of Pretoria (UP) has its origins in the establishment of the Pretoria Centre of the Transvaal University College in 1908. The colloquial name of the university, Tuks or Tukkies, was derived from the acronym of the college – TUC.

UP currently has more than 50,000 students and has become one of the leading higher education institutions on the continent. The university has six campuses as well as a number of other sites of operation, such as the Pretoria Academic Hospital.  UP offers more than 1,800 academic programmes in two of the official languages, namely Afrikaans and English (some programmes and modules are offered only in English).

In 1996, the University of Pretoria became the university with the highest research output in South Africa and have maintained this status.  The academic programmes of the university are offered in the nine faculties, as well as a business school. The faculties comprise a total of 140 departments and 85 centres, institutes and bureaus. 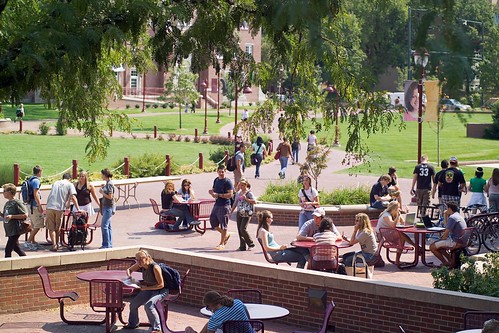 What is a University of Technology?

The university’s main campus is situated in Bloemfontein. The university also has regional learning centres in Welkom to cater for students in the Goldfields area, and in Kimberley in the Northern Cape. The Bloemfontein campus houses a full array of modern buildings with well-equipped laboratories and lecturing venues. The university has a large Library and Information Centre. The Lapeng Student Centre is a vibrant venue hosting a wide variety of student activities, as well as numerous other services. Excellent sporting facilities on campus cater for the needs of sports enthusiasts, with a host of formally organised sport codes varying from athletics, soccer, rugby and cricket to basketball, volleyball and netball.

What is a FET College?

Public Further Education and Training (FET) colleges strive to provide high-quality education and training to help you equip yourself with the qualifications and skills you need to start out on a chosen career path. You will gain invaluable life skills to meet the many challenges of the working world with more than just a qualification on paper.

As a leading provider of Education and Training in mainly the FET band, the College of Cape Town (CCT) has much to offer students and prospective partners. Their courses lead to recognised qualifications that are demanded by commerce and industry.

CCT is situated in the central area of the Peninsula, and serves the greater Cape Town area, including a large percentage of traditionally disadvantaged areas and townships. The Crawford and City Campuses boast state of the art Open Learning Centers offering the latest in technology. Services include student counseling, career guidance, a library, computer and internet access, printing, faxing and photocopying facilities.

or to view online see the ACE Matric Guide