SICK OF PAYING FOR TEXTBOOKS? GET THEM NOW, FREE AND ONLINE

Note: While these textbooks are designed for the USA education system, there’s no harm in expanding your digital library and getting ahead at university! 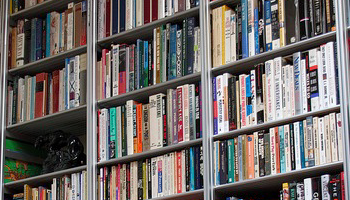 In the same way that free open online courseware is threatening to disrupt traditional universities, open textbook initiatives such as OpenStax College from Rice University threaten to do the same to the traditional textbook market.

OpenStax College has taken five of the most popular topics taught in American universities and produced high quality peer-reviewed textbooks that are available for anyone to download for free.

OpenStax College aims to try and save students at least $90 million over five years by capturing 10% of the US textbook market.

But this is not the first open access textbook venture. Sites like Bookboon and Flat World Knowledge offer free online and downloadable versions of their texts with print versions available at a price. But the difference is that these sites have strong associations with publishers, whereas OpenStax College is run through a university.

Authors of textbooks in Flat World Knowledge receive a royalty on sales of printed versions of their textbooks, whereas authors contributing towards Rice University’s venture are volunteering their efforts. Bookboon funds open access through the inclusion of advertising in the books.

The move to electronic textbooks is something that students have adopted with gusto. In a summary of research at Indiana University over 1,700 students were surveyed for their attitudes and use of e-Textbooks: 87% of students reported reading e-Texbooks over paper versions, while 68% of students never printed any part of their texts, reading everything digitally.

The survey also revealed that the primary reading device was their laptops and only 1% used a mobile device or an e-Reader (this may be a reflection of the time of the study which covered 2009 – 2011, as iPads were relatively new in 2009).

In 2012, MIT teamed up with Flat World Knowledge to provide textbooks for their OpenCourseWare courses. Presumably this will continue with the edX venture.

With the average textbook costing between $50 and $300, the availability of free textbooks would be extremely attractive to students. There is certainly anecdotal evidence that students are resorting to using pirated copies of electronic textbooks to avoid the large financial outlay. Certainly, it wasn’t hard to find a pirated copy of the first textbook I looked for on the internet.

Given that free textbooks are available and that they are at least of equal quality as those available from commercial publishers, the question could be raised as to why they are not more commonly used by academics.

On the assumption that most academics would care about students having to pay for a textbook, there are probably a number of reasons they are not more commonly used. The primary reason is that academics don’t know they are available. Another reason might be time pressures in preparing a course.

Spending time searching for a free textbook is probably not a priority. The practice of making a university course revolve intimately around a text would also make changing textbooks an effort for some academics -especially if they wrote the textbook!

The open textbook’s American focus might also be a disincentive for academics (and students) in some subjects. This is more likely to be an issue in the humanities than in the sciences or engineering.

Aside from the benefits to students, the move to open access textbooks released under creative commons licenses is an important development in education. The ability to use content without worrying about copyright issues is a big advantage, especially when making the courses developed in this way open access themselves.

A considerable amount of effort is spent by universities locking away content on so-called learning management systems simply to avoid copyright issues when non-original content is used. This also allows for academics to modify content and incorporate it with their own to customise the way it is used in their course.

Of more importance, however, is that the world simply doesn’t need 9,603 introductory texts to Sociology that can currently be found on Amazon. Of course, we have so many variants of textbooks because this is the only way that publishers can make money out of books that sell small numbers of copies each (a long tail business model).

Wikipedia has demonstrated the power of a crowdsourcing model in the development of mostly high quality content. Applying this to introductory texts as in the OpenStax College model benefits from a collaborative model of development that can be sustained with constant updates.

The move to open education models of open courseware and content is only going to be of enormous benefit to students. For universities, there is the opportunity of contributing to this movement and reaping the reputational benefits as a consequence.

By making their textbooks free, a university can extend its reach enormously, to hundreds of thousands of potential readers. It can also monetise free textbooks, by selling associated question-and-answer sheets, by incorporating subject related advertising, or by selling a related physical product (such as a calculator, a titration set, or an anatomy lab coat).

Traditional publishers may not be happy with this move. A group of them are trying to sue another open access textbook company Boundless Learning.

But at the end of the day, it is going to be hard to argue against “free” in the world of learning.

Article by The Conversation