SHOULD THE MATRIC PASS MARK BE MOVED FROM 33% TO 50%? HAVE YOUR SAY NOW

Pressure is mounting on the government to improve the quality of education, with civil society calling for the Matric pass mark to be increased from 33% to 50%.

Speaking at an Old Mutual corporate social investment forum in Johannesburg this week, Ramphele confirmed that the movement was to launch a campaign aimed at “supporting government in improving the quality of education but also hold the authorities accountable”. 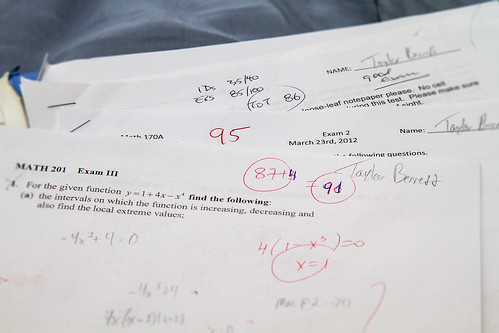 The official launch is on June 6.

The campaign, among others, calls for:

Ramphele said the government’s failure to deliver quality education and civil society’s failure to hold the authorities accountable have led to a situation wherein “we have doubled our education budget but slipped to 131 in a list of 142 countries when it comes to maths competency – beaten by countries with less resources like Malawi”.

Minister of Basic Education Angie Motshekga’s spokesman Panyaza Lesufi said it was harder to pass matric now than it was during apartheid.

“During apartheid, you could pass because of an aggregate if the total of all your subjects marks were 720. We do not do that, you are supposed to pass all the subjects.”

He said for matric candidates to pass, they are required to get at least 30% for three subjects, including a home language, and 40% for three other subjects.

Tell us what you think in the comments below. Should the Matric pass mark be moved up from 33% to 50%?

Article by The Sowetan