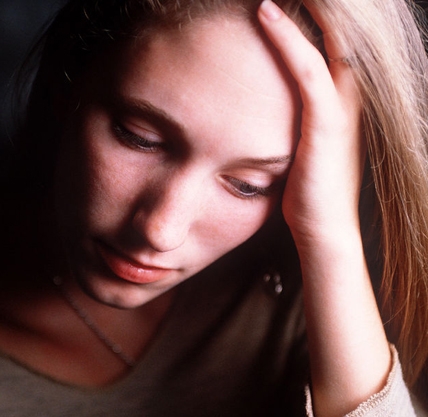 According to the WHO, depression will be the second leading burden of disease globally by 2020 – not so far away.

Depression is a global issue and South Africa is not exempt from the suffering and stigma that surround this most common of mental illnesses. One if five South Africans are affected by mental illness, and women are twice as likely as men to be diagnosed with depression. This World Mental Health Day, on the 10 October, the South African Depression and Anxiety Group (Sadag) is continuing the conversation about depression – the triggers, symptoms and treatments.

“Depression, like most mental illnesses, is very misunderstood and people often suffer alone, afraid to speak out or ask for help,” says Sadag’s Zane Wilson. “Education is key to wellness and only through education comes knowledge and understanding of illnesses like depression.”

Sadag is South Africa’s foremost mental health NGO and not only offers counselling and referral across South Africa but also trains communities, schools, doctors, nurses and companies about mental health and how to help should a loved one be in need of care. Sadag runs a 15-line call centre that is open seven days a week from 8am to 8pm for people who are in crisis, need advice or are looking for information or support. (Sadag can be contacted on 0800 21 22 23 or visit their website. )

Worldwide, millions of people suffer from depression – but what is it, and who is vulnerable to this chronic illness? While most of us can relate to feeling sad, miserable, or ‘down in the dumps’ sometimes, clinical depression is a mental (and medical) illness that needs treatment.

“Clinical depression is a mood disorder in which feelings of sadness, loss, anger or frustration interfere with everyday life for two weeks or longer,” says Johannesburg-based psychiatrist Dr Dora Wynchank. And although the exact cause of depression is not always known, we do know that depression can be triggered by chemical changes in the brain, trauma and stress, loss and hormones.

The most likely scenario is that depression is caused and triggered by a combination of factors. “Depression can run in families and is a potentially ‘inherited’ disorder,” says Dr Wynchank, who cautions that depression can also occur if you have no family history of the illness and that anyone can develop depression – even children. Depression is a very ‘democratic’ illness -men, women and children of all races, religions and socio-economic tiers can be affected.

Depression changes the way you see yourself, your life and those around you.

It distorts your world view and makes you more negative. “People with depression see the world as dark and dirty,” says Wilson. “It’s as though they have put on a pair of dark, muddy sunglasses and the world is reflected in that negative way. Even the things they used to enjoy appear negative, annoying, tedious or unsettling.”

Untreated, depression gets worse and suicidal thoughts are a hard reality that many depressed people have to face. Often, these people simply cannot imagine that any problem or situation can be solved in a positive way.

This was the case with Mike*, a 42-year-old man who had worked as an estate agent for many years. When the property market took a tumble a few years ago, Mike’s business suffered – and so did his mental health. Property wasn’t selling well and he wasn’t earning the same commission.

He became stressed about money and whether his business would survive. To deal with his stress, he began to drink more than usual, self-medicating with whiskey and a night out with the boys to help him cope.

“The more I drank, the more I needed to,” says Mike. “It became a vicious cycle – I would be stressed, go and drink with the boys and come home late and usually drunk. That would start a fight with my wife, we would scream at each other, doors would be slammed, and the kids would cry. Then I’d get more stressed.” Mike figured it was all part of the recession, and once property took a turn, so would his life. But his negativity was becoming entrenched – a ‘bad habit’ as he calls it. After his wife left him, Mike’s life fell apart completely.

“I was a drunk, I was in debt and I hated the world. I had pushed everyone away – even my kids didn’t want to see me. The only option I saw was killing myself.” After listening to a radio show on depression, Mike realised there may be another way out after all. “I called Sadag and got help. I didn’t realise I was depressed, I blamed everything on the recession and didn’t understand that I had a treatable illness. No one really talks about depression – not with us men anyway!”

Mental health is an integral and essential component of health. The WHO states that “Health is a state of complete physical, mental and social well-being and not merely the absence of disease or infirmity”. Being able to realise, acknowledge and act on your abilities, strengths and dreams, as well as cope with the stresses of life in a mature, productive way is the key to mental health and wellness.

“Mental health is the foundation of a person’s well-being, enabling them to live a full life and contribute to the world around them,” says Dr Wynchank. Making healthy choices and asking for help when you need it is vital. But often people deny there’s a problem or don’t know where to go for help.

Depression can affect anyone

Sarah, a 22-year-old student, believed that she “just needed more time” to get over the break-up of her relationship. “I starting avoiding friends and not hanging out; I felt so isolated and the worse I felt, the more I hid!”

Sarah wasn’t coping with her studies either and failed her exams, she left her part-time job – “I just never went back,” she says -and she was continually fighting with family. “Everyone was sympathetic when Jon and I broke up, we’d been together since school and people knew I felt lost without him.”

But the world kept turning, Jon found a new ‘love’ and her friends still studied and partied: “The world was moving on without me and I didn’t know how to join in.”

“Many people think they need more and more time to cope with a loss, that they have every reason to be withdrawn and down – but for some, the grieving process can turn into depression that if treated can help them cope and get back to their lives,” says Wilson.

This World Mental Health Day, join in the conversation about depression -with your friends, family and with yourself. Mental health and wellness means being educated about depression and stress, recognising the symptoms and supporting loved ones. We all have the right to mental health – and it is achievable through knowledge and treatment.

The following may play a role in depression:

*Name has been changed.

Do you suffer from depression? How do you cope? E-mail us at community@health24.com