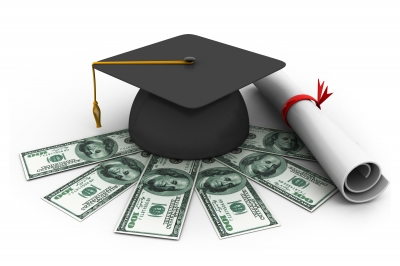 The launch took place at Langa township in Cape Town, on Friday. The three agencies joined hands to launch the fund following the signing of the Youth Employment Accord of April last year, where government and its social partners made a commitment to prioritise youth employment and skills development.

The Youth Employment Accord is one in a series of social pacts intended to help achieve the New Growth Path goal of five million new jobs by 2020. Sefa has set aside R1.7-billion for the fund, with IDC contributing the remaining R1-billion.

Khathutshelo Ramukumba, the CEO of the NYDA, said the launch of the fund was good news for youth development, adding that it would help break the chains of poverty amongst jobless young people by giving them a chance to participate in the economy.

The NYDA would play the role of screening and recommending young entrepreneurs offered by IDC and Sefa, Ramukumba said. He urged young people to aim higher and apply for funding in the production sector of the economy in order to amass enough wealth to generate large scale jobs.

“We want more young people to enter the space of manufacturing because we want these young people to be industrialists of tomorrow. If you look at the reason why our economy today is not able to provide the necessary jobs that are required to take the majority of our people out of the poverty situation, it is because we have not created new industries in the main. The industrial landscape has not necessarily changed much from the pre-1994 situation,” he said.

Sefa CEO Thakhani Makhuvha invited young people to apply for finance. He said unlike commercial banks, the agency was a developmental institution that does not require collateral to grant an applicant finance.

It offers funding of between R500 to R5-million to proposals that can demonstrate a sustainable business model. He said even those who had debt from study loans were welcome to apply for funding as the agency never shut its doors on high risk customers.

Makhuvha said, however, that applications from those with adverse and reckless credit records would be scrutinised. “Unlike other commercial banks, we have got a high appetite for risk because we are a developmental institution. We can give you a maximum of 12 months to start paying [the loan back]. You don’t have to have collateral, you just have to demonstrate that your business can project sustainability,” he said.

He said small businesses have been identified as a sector that will create a majority of jobs in the country. Makhuvha also said Sefa recently studied various models of agencies from other countries that offer development support to small businesses, including Brazil’s successful business agency Sebrae.

Recent media reports revealed that small and medium enterprises provide a little over half of all jobs in the country, while the sector also accounts for about 70% of all new jobs. Makhuvha said Sefa aims to achieve similar results that Sebrae achieved, adding that his agency will push to have at least 56% to 61% jobs created by small businesses.

Recently, Small Business Development Minister Lindiwe Zulu said the National Development Plan (NDP) envisaged that 95% of all jobs will come from small and medium enterprises by the year 2030. She said the R1.7-billion was meant to support entrepreneurs under the age of 35. She said a further R6.5-billion was available over the next five years for those who were 35 and older.

Image courtesy of ddpavumba at FreeDigitalPhotos.net