MORE THAN JUST A FACE IN THE CROWD: HOW TO STAND OUT IN A LECTURE CLASS

By Elyssa Goodman of Her Campus

I will never forget my first day of lecture classes as a first year at university. Coming from a high school with a graduating class of 34, I felt invisible in lectures of hundreds of people, maybe more people than were in my entire high school. But once I got to know my professors and my lecturers I felt myself start to reappear. Getting to know your instructors in huge lectures is important, not only because you can gain their insight into the topics you’re learning, but you can also get to know some really phenomenally intelligent people who can expand your horizons (and if you’re lucky, they’ll even write you a letter of recommendation one day). Here are some ways to do just that.

Office Hours Exist For A Reason

Once or twice a week, your professors are sitting in their offices for an hour or two, twiddling their thumbs, maybe checking their Facebooks if they’re uber-hip, maybe doing work for their next book or research project, but almost never meeting with students. This is because, far too often, students don’t go to office hours. Dr. Scott Sandage, professor of social and cultural history at Carnegie Mellon University, teaches a lecture class called The Roots of Rock and Roll, which has about 100 students. “Professors complain constantly about office hours because nobody comes. We end up sitting there feeling like the Maytag repairman,” Sandage says. So go to office hours! “The professor will probably appreciate it,” he says. “You only get to know the students that come to you.” But don’t go blindly into the professor’s office. They might not be visiting with other students, but you still shouldn’t waste their time. Going up to them after lecture to introduce yourself is fine but, again, don’t waste their time with idle chit-chat. “Don’t make up lame reasons to go to office hours,” Sandage says. “Go with an intelligent question.” That is, show the professor that you’ve done the necessary reading or problem sets, but there’s still something missing that you want to know, or something interesting you noticed from lecture. 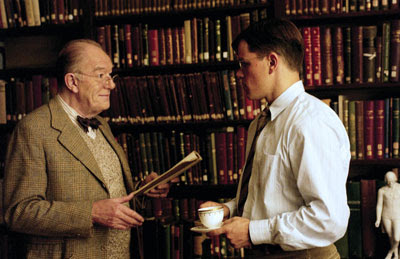 Dr. Roger Rouse, also a history professor at Carnegie Mellon, agrees. In his 350-student lecture class, Introduction to World History, he doesn’t get to meet many of the students unless they stop by his office. “I don’t initiate a lot of contact with students. It’s impossible to meet everyone, but I do get to know the students who come to office hours.” It’s important to remember that office hours are not just for when you’re in trouble, Rouse says. You can go for help, of course, but you can also go to express a topic of interest or even to debate (nicely, of course).

Go to office hours more than once, as well. Don’t make a pest of yourself, of course—professors, like most people, don’t like stalkers—but go once in a while. When you show genuine interest in a course, it means a lot to a professor, since the topic is likely something they’ve spent a good deal of time (maybe even a good deal of their life) studying. But don’t do it just to make an impression, because professors can tell when you’re not there to really learn something from them. “It’s much more valuable if people make an impression when they’ve got something to talk about,” says Rouse.

Put That Paper and Pen To Good Use

“You wouldn’t believe how many students sit there and don’t take any notes,” says Sandage. “It’s mystifying to professors who live their lives that way.” It’s true —professors are constantly taking notes, whether they’re about mathematical theorems or the effects of globalization on consumer habits. They know that taking notes helps you learn material because that’s how they learn and remember material. “Show a professor that you have good study habits, that you’re engaged with the material and are able to provide them with feedback. That means you’re a student worth getting to know,” Sandage says.

Not only that, but taking notes genuinely helps you learn. According to Dr. Rouse, “Note-taking is really important because it’s very active. It gets your brain in gear and helps you be more engaged,” he says. “It also allows you to develop the ability to listen for the shape of an argument or analysis,” which is a large part of getting to understand a great deal of material at a higher academic level.

In a lecture class, as with many classes, students have a tendency to not participate — you know what that dead silence sounds like, right? Crickets…crickets…crickets… “Ask a question occasionally,” Sandage says. Once per class is enough, especially in a class of hundreds of others. “Don’t raise your hand every time. It’s a basic courtesy to other students…A student who gets that will be seen as mature by the professor.” But make sure your question is a good one—one intelligent question is enough to make a professor see, again, that you’re someone worth knowing. In addition, the quality of your responses says a lot.

When it comes to participation, your seat is also important. “Sit near the front, always sit in the same place,” Sandage says. “Get to lecture early. If a professor gets there earlier and you asked a great question before, it’s a way to start a dialogue.”

Additionally, remember that lecture is a reciprocal process. “Lecture is not one-way, it’s two-way. It’s easier to get something out of lecture if you participate. You have to be willing to return the ball,” says Rouse.

The Professor Can Learn From You, Too

In a large lecture class, a way that professors get feedback on their teaching, other than evaluations, is by reading student work. If you engage by asking intelligent questions and providing intelligent answers, a professor might look to your paper or your test to see if his points are getting across. “I need to see that students are getting the most out of my class,” says Sandage. “Am I reaching the best students? Are they getting the most out of the class, and what are they getting?” It’s almost like you’re providing a service to the professor because a professor who comes to know a student can learn about themselves. Professors really appreciate that and recognize the potential a student has. They might even be willing to help you later on if you need it, like with recommendation letters. According to Sandage, “It’s more than just getting an A in my class. If I get to know a student, I can say, ‘Although I had 500 students, I came to know her, not just as an anonymous student.’” Because once you get to know your professor, you’re not anonymous anymore.

In the end, though, you’ll get to know a person who can not only teach you about the subject at hand, but who can also enrich your life. And isn’t that what we all come to college for in the first place?

Article by Her Campus