JOIN UP ON THE 'RHODES TO CHANGE' DISCUSSIONS IN CAPE TOWN

What is your take on the Rhodes Saga at UCT? 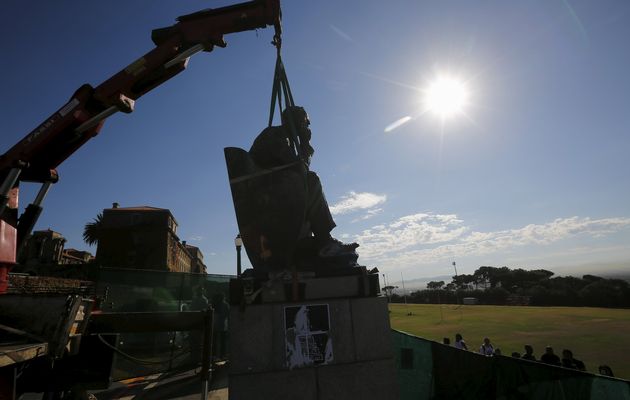 CAPE TOWN – The University of Cape Town (UCT) says it will soon begin a series of discussions in which it will include the entire student body to debate concerns regarding of a lack of transformation at the institution.

Students demanded that  the university fast track transformation and remove a statue of Cecil John Rhodes which was seen as a sign of past oppression.

They held a protest on campus recently and later an overnight sleep in at the campus administration building.

UCT vice-chancellor Max Price says, “We think the thousands of students who are not part of this lobby must be brought along and be given the opportunity to hear the argument.”

He says lectures will be interrupted for one day next week.

“We will stream in every lecture theatre which present the different arguments to get students talking about this and maybe they might change their views when they come to the university.”

Meanwhile, several organisations, including the Ses’khona Peoples Rights Movement and the African National Congress (ANC), put their weight behind UCT students who are calling for transformation and the removal of the statue of Rhodes.

Staff members also spoke out about their experience at the university.

About 300 people gathered in front of the Bremner Building on campus.

Two UCT academics told students at the gathering that they were also facing issues of transformation, saying they’d raised concerns with management, but their grievances had been brushed aside.

She said she was told it took up to 20 years for one to be a professor but that this wasn’t true.

And that’s it for the media report…have you checked out infamous radio personality Gareth Cliff’s rendition and commentary? READ MORE HERE