HOW TO MAKE THE MOST OF YOUR HOLIDAY, TAKE THE LEAD AND MAKE IT HAPPEN 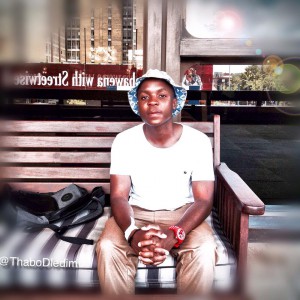 Perhaps you have been thinking about something you want to do during the year, perhaps school has been taking up most of your time and in that regard you have come to lose the zeal to do it. Well I have news for you, you can still do that thing, nothing and nobody can stop you.

Just a year ago I was finished with my matric, scared and anxious about the possible outcome of the results, excited and scared at the same time. Now during that year I had begun working on a novel. But as everybody knows, matric is rather a selfish lover; she wants you to focus on her alone. So yeah that’s what I did, I focused on my matric (sort of).

Now that I was finished with school, I knew that I could do anything I wanted to do, trust me and by that I mean anything. But out of some wisdom which I cannot trace its origin, I began to work on my novel. I began to do something that most people wouldn’t do during December.

But the only difference with me and those people was that I really wanted to be a success out of formal education, I wanted to break boundaries, I wanted to show the world that a young black boy can write things that everybody else isn’t creativity or intellectually able to write. And to some extent, I believe that I have done so.

Start with what you love, like or desire. That’s what’s important, if you do not love it, you will never keep at it for a long time. Look I am not saying that you too should write a book or something, I am saying that you should find a reason why you want to work. Perhaps you have a tech idea in your head that you want to grow, but you have no funds. Fine, get a temporary job as a waiter, patrol station attendant, personal assistant whatever but, but work!

Now working builds up your work ethic, work teaches you how to be under someone. Yes, if you are planning on building your own empire someday, you must be able to submit and learn from those who have already done so.

I worked at a restaurant when I was in high school, not because I wanted to be there and spend my time carrying food and being asked around. No! I wanted to buy myself a laptop, because before I went to work, I had already written my novel on an exam pad. You really need to know why you go to work, I did not go to work for the sake of doing so and wasting it on clothes, I just needed to buy myself a second hand laptop, and get on with the writing.

Remember, when you work you will gain so much in experience that when you leave there, the education will be bigger than the paycheck. Before I conclude I am going to share one more story. When I wanted to print my first book, I did not have the money to do so, but I wanted to. So I got up every morning with a bucket in my hand and knocked on doors offering to wash their cars. I got the money within a week, printed some books and held a seminar. If I can do it, so can you!!!

Other articles that Thabo Ledimo wrote:

How does knowing yourself help with career choices?

The importance of reading as young peole