HOW IDEAS HAVE CHANGED THE WORLD 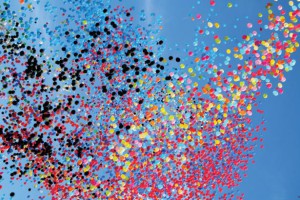 It is often said that ‘everything begins as an idea’.

Edward de Bono says, “There is no doubt that creativity is the most important human resource of all. Without creativity, there would be no progress, and we would be forever repeating the same patterns.”

However, ideas that are never developed remain simply as dreams that reside in their owner’s heads. That where the word ‘innovation’ comes in. How are ideas turned into innovation? According to the Business Dictionary.com, to be called an innovation, an idea must be replicable (at an economical cost’ and must satisfy an specific need. The process of innovation requires imagination, creativity and initiative.

Let’s have a look at 5 African ideas and innovations that have changed the world:

Small-scale dairy farmers in remote areas don’t have access to valuable information about latest prices of milk or cattle, and they may not keep accurate records of important details such as their cows’ gestation periods or their livestock’s lineage – often resulting in inbreeding and disease. Kenyan farmer Su Kahumbu created iCow, an an app that works on the type of basic mobile phones farmers own. Each animal is registered with the service, which then sends SMS reminders to the farmer about milking schedules, immunisation dates and tips about nutrition and breeding or information about local vets or artificial insemination providers.

Ubuntu is a Nguni word that means ‘humanness’. In its most basic definition, Ubuntu simply states: “I am what I am because of who we all are.” It’s both a straightforward and really complicated ideology. On a deeper level, Ubuntu means individuals need other people to survive, to thrive, and to be fulfilled. According to Archbishop Desmond Tutu, “Ubuntu speaks particularly about the fact that you can’t exist as a human being in isolation. It speaks about our interconnectedness. You can’t be human all by yourself, and when you have this quality – Ubuntu – you are known for your generosity.”

While the Kenyan mobile company, Safaricom, didn’t invent money transferred, but it showed the world how to do it right. In 2007, Safaricom launched M-Pesa, Africa’s first SMS-based money transfer service. A simple yet ingenious idea, M-Pesa (M for mobile, and Pesa-a Swahili word for money) lets users deposit, transfer and withdraw funds via text message.

Over 25,000 Ugandan children were pushed into violent atrocities during a civil war that lasted 22 years, often killing their own families. The majority were left with severe post-traumatic stress disorder – with symptoms  such as depression, flashbacks and suicidal thoughts. Moreover, hostility from their former communities has left countless child soldiers alienated, making PTSD a longer and lonelier battle.

NET encourages these Ugandan children to use storytelling as a way of dealing with their trauma. A survey has shown that 80% of those who have gone through the therapy show clinical improvement

Nollywood (Nigeria’s film and video industry) is the world’s largest producer of movies. The industry produces at least 3,000 movies a year. In 2007, Nollywood procuded 1 687 feature films. That’s more movies than were made in India and the United States combined. In a country that has suffered from decades of corruption and a failure to translate significant oil wealth into a higher standard of living for the majority of people, this homegrown enterprise has brought Nigeria a new sort of attention.