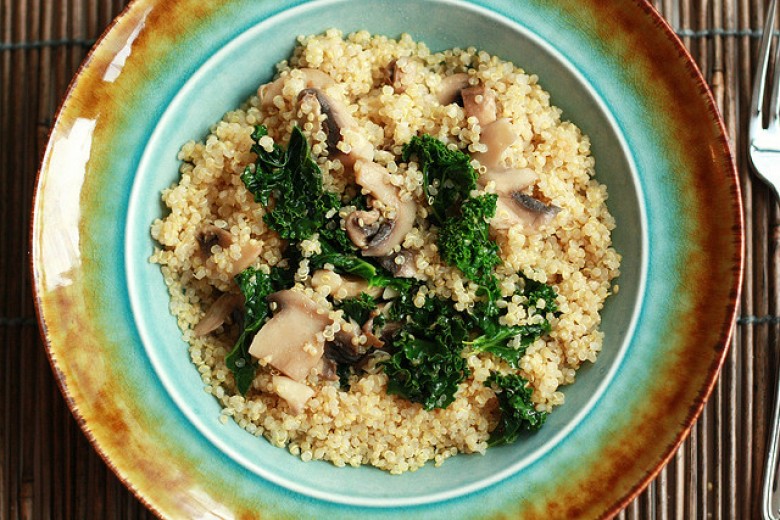 For many campus students, eating is an expression of freedom – finally, there’s no one telling you that you can’t have Coke and cereal for dinner. It’s also an expression of being broke. Maybe you can’t change the part about being broke, but you can certainly make some healthier food choices, even on a limited budget.

Eating Out and Eating Well on a Budget
There are ways you can go out to eat with friends and still make healthier choices. For example, instead of the drive-through window at your local fast food chain, why not hit the nearest sandwich shop?

Become a Frugal Grocer
Warning: Some of the following tips will probably be considered uncool. But being broke isn’t cool either, so why not give these dollar-stretching suggestions a shot?

● Start clipping coupons: Look, people become extreme coupon clippers for a reason – they can save hundreds of dollars a month while still getting all the groceries they want. Find “Buy One Get One Free” coupons and you’re really in the money. So, grab the newspaper and all those coupon books you previously considered junk mail, get some scissors and start clipping.
● Make a list: You’re in college now, so you should be good at making outlines. It’s time to make an outline of what you need from the store. And it’s time to stick to the list. If you go into the grocery store with the intention of buying peanut butter, bread and milk, you really shouldn’t come out with four bags of impulse purchases.
● Shop with intent: Scour the shelves for deals. Often, if you can get to the grocery store early enough, you have a good chance of finding marked-down items.

Nutritious and Easy-to-Prepare Meals
If you’re living in a res as opposed to sharing an apartment, then consider buying a hotplate or an electric skillet so you can prepare your own meals. That will save you money compared with eating out and also allow you to make healthier food choices.

Stock up on these items to help you get through the week without breaking the bank or packing on pounds:

● Eggs, canned beans and tuna fish – all of these are great sources of protein, versatile in how they can be prepared and relatively cheap.
● Whole wheat pasta and jars of tomato sauce – you can quickly and inexpensively make yourself a hearty meal with just these two ingredients, plus water and heat.
● Whole wheat bread and peanut butter – one of the cheapest and tastiest sandwiches ever created.
● Frozen vegetables – not only are they usually less expensive and less likely to end up being thrown away unused, they also retain much of their nutritional value if they have been flash frozen.
Eating healthy on a campus budget really doesn’t have to be as tough as an old steak. The recipe to success is usually as simple as wanting to do it and committing to it.