GETTING USED TO THE SYSTEM 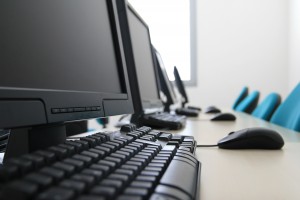 Everything about university is different and technology is everywhere, describes Siphesihle Notwaba.

It was always my dream to land my feet at a higher learning institution. And when Cape Peninsula University of Technology warmly opened its arms for me, I was enthusiastic and excited. Finally my dream was going to materialise into reality. I was now embarking on an academic grooming to become a news reporter.

The only fundamental expectation I had was to get the training (education) I was going to CPUT to acquire.

When I finally made it to the school, the first challenge that attacked me was the system. The situation that I was familiar with was that of the announcements made verbally by the principal at the assembly. But what I got introduced to at CPUT was completely different.

Well, there wasn’t even an assembly. All it took to access all the notices and communiqués was for a student to constantly check his/her mail, because that was the only way to get information. It was such a change. I had to step up to the challenge. But I still missed some information.

“Did you hear that classes for tomorrow have been cancelled due to the strike by lecturers?” my classmate asked one day, to be honest she saved me from waking up the next day for nothing.

I remember stressing about printing my assignment when I could just send it electronically. And I did not hear because I did not check my mail. But my ever supportive classmate held my hand until I grasped the system.

In no time, the computer laboratory designed for journalism students became the second home for us as we had to use it to type and send (e-mail) our assignments and also to conduct assignments.

I got used to the lab soon and even forgot the fact that I wasn’t used to it initially. We can’t avoid or sweep under the carpet the fact that we were all a bunch of students fresh from high school. The energy and playfulness were still dominating in us. At the lab there would be moments were we would break away from doing our work and explore our different cultures in terms of singing and dancing.

“University’s all about fun, also my bro, kom,” my coloured classmates would burst out, “Hahainjalolonto (that’s true)” the ever sensational Xhosa speakers would echo, so dancing and singing would start in the lab. My ever-sophisticated white counterparts would be heard in the corner admitting, “Oh wow! This is so fantastic, you guys are really talented!” We just blended and became this colourful family.

We live in a technology-orientated world and the whole ‘your-work-must-be-typed’ instruction is actually now fantastic. I can’t imagine not having it! I now use a computer like I milk a goat in the Eastern Cape where I come from.

God-willing, early next year I’ll be walking on the red carpet to accept my qualification – that uncertainty and confusion about the system is a dead past.