FUNDING FOR POOR STUDENTS TO INCREASE: DO YOU QUALIFY? 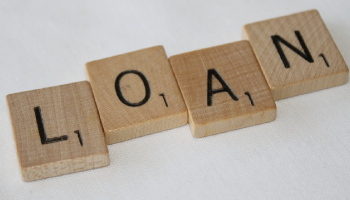 Higher Education and Training Minister Blade Nzimande says he will make sure that funding for poor students and those who perform well academically in higher education and training institutions continues to grow every year.

Nzimande said this at the COSATU Education and Skills Conference held in Benoni, Johannesburg, on Tuesday. He was speaking as part of a panel discussion on the topic, “Critically engaging the current education and training landscape: government’s transformation agenda”.

Many Further Education and Training (FET) college students, who would normally have qualified for a National Student Financial Aid Scheme of South Africa (NSFAS) loan, now no longer have to pay fees and in many cases, they can also get their accommodation or transport subsidised.

“An important feature of our skills development policies is our emphasis on expanding workplace-based training opportunities to complement classroom-based education. Many programmes require learners to have experience in workshops as well as in workplaces in order to qualify,” said Nzimande.

Workplaces which are prepared to accept learners are often in short supply, and one of the most important thrusts is ensuring that more employers provide opportunities for apprentices, learner, interns, cadets, articled clerks, among others.

Nzimande said the numbers of new artisan learners has now started to increase again after a long decline from the mid-1980s.

He told conference delegates that the continued growth in these numbers was essential if the country was to successfully undertake the planned strategic infrastructure projects and all the peripheral industries which will grow to complement them.

Nzimande further called on delegates to start developing a comprehensive skills strategy per union-member of COSATU and per economic sector in the country to guide negotiating strategies at all levels.

Higher Education and Training Minister Blade Nzimande says he will make sure that funding for poor students and those who perform well academically in higher education and training institutions continues to grow every year.