A NEW DEAN OF STUDENTS FOR THE UNIVERSITY OF SOUTH AFRICA

For Unisa’s new Dean of Students, Professor Puleng LenkaBula, there is no doubt that the core of the university’s business has to be centred on the students, as they are the institution’s primary stakeholders. It is imperative, she says, that all staff–academic, professional and administrative–affirm this when going about their daily work, whether it be formulating policies and strategies, conducting teaching and learning, research or when engaging with students on various levels.

Assuming office in January this year, LenkaBula says she is excited about her new responsibilities because, as an educator and academic, she is passionate about the well-being of students and their efforts at succeeding in their studies and life.  She is also inspired by the possibility of ensuring that Unisa students are shaped to become the leaders the country and continent require.

“I don’t only have a passion to promote the psychosocial well-being of the student, but I am also passionate about determining how this can be balanced with their quest for academic excellence, acquisition of knowledge, and graduateness. I would like to be a part of the formation of the intellectually astute student, who does not only see his or her studies as space for acquiring knowledge but see that knowledge as important for progressive transformation of their society.”

LenkaBula says, together with her team, she wants to project the dean’s office as a space for engagement, formation, and accompaniment of students to do and be their best in their academics and in their civic duties. “If one had to look at how the student deanery is benchmarked globally, many universities pay premier attention to this office, because that’s where there is a comprehensive student encounter and activities, in which the challenges they face in their personal and academic lives are attended to. Therefore this is what we would like to do in positioning Unisa’s student deanery.”

Another important aspect of the student deanery, says LenkaBula, is the support given to those in student governance. However, she is resolute that this support must be extended to students from all student structures recognised by the university, such as the Communications Students Association (COMSA), the Economic and Management Sciences Student Association (EMSSA), the Science, Engineering and Technology Students Association (SETSA), and others.

“I would like to bring a new methodology and commitment of expansive leadership training, where not only elected members of the SRC are trained on ethics, governance, leadership, and academic excellence. To ensure Unisa does not only produce a small cohort of leaders, leadership has to be nurtured at all levels, so the student structures, whether they are academic or political structures, will have the necessary leadership training, they will know how to conduct themselves, but they will also know that the primary objective is academic excellence.”

Also part of LenkaBula’s responsibilities is to work with disabled students. In addition to issues of access to facilities, she is focused on the asserting of humanity and dignity of people with disabilities. “That advocacy has always been central to my thinking, and logic, and now it is something that I am responsible for, to ensure it happens at Unisa.” She added that the Advocacy and Resource Centre for Students with Disabilities (ARCSWiD) must explore ways to entrench university-wide respect towards the disabled, and create inclusive ways of relationality to people with disabilities, undergirded by respect for their dignity, their autonomy, for their intellectual contribution to the life and work at the university. 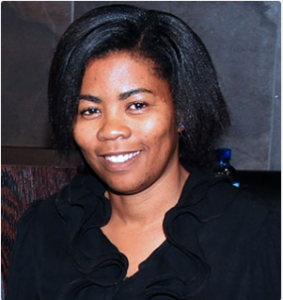 Puleng LenkaBula is an Associate Professor of Ethics. She undertook her undergraduate and graduate studies in South Africa, Lesotho and Canada. She is active in many academic and ecumenical organisations, including, but not limited to the Council of the Development of Social Science Research in Africa (CODESRIA), and The Circle of Concerned Women Theologians